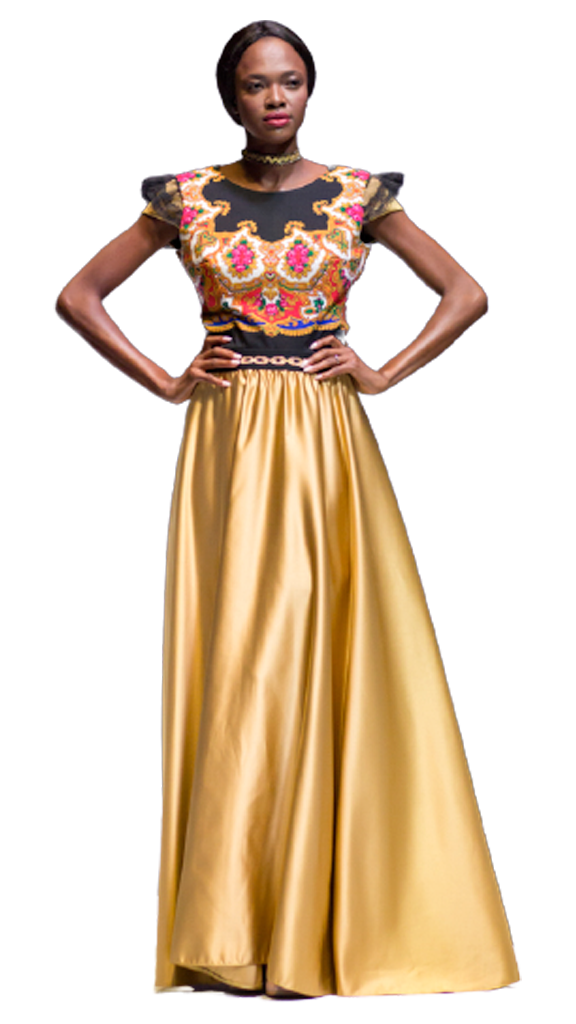 Aneta Larysa Knap creator of Kierpcy heels, highlander underwear and hand-embroidered jeans in highlander parzenice. A contriver of combining
tradition with modernity in the clothing industry. She creates an innovative style based on the current customs of the emblems of highlander folklore to merge everyday life and functionality with the impeccable character of the Podhale region. She works, among other things, on old highlander fabrics.

Vegetarian, owner of the ecological brand Folk Design, which actively excludes fur and leather from fashion. Fan of chinchillas and the color green. Producer and organizer of the biggest folk fashion show in the country called „Polki Folki”, the first show in Europe with a runway built on water, a show in the basement of a hydroelectric power plant, or in an airport hangar under the Tatra Mountains. Participant of the „Got Talent” 2015 program. Finalist of the largest competitions and fashion shows in Poland. Her projects were shown, among others. In
France, in Cannes, during the 65th film awards festival, in Berlin, China in Beijing, Shanghai, in cooperation with the international organization ACTAsia’s Cruelty (Fur) Free Fashion Show, she took a part in ecological foreign fashion shows. She continued to show her projects in the Dominican Republic, Turkey, Indonesia, Asia, Malaysia, Milan and at many international events.

Her clothes are presented in museums and exhibitions, and her work is mentioned and published in books, magazines and on many fashion websites and more. Award winner from Hexeline during the international Off Fashion competition (Kielce), awarded by the media with a statuette during the Gala of the „Moda i Styl” magazine (Warsaw). In 2016, from the Marshal’s Office of the Małopolskie Voivodeship, she received the „Polonia Minor” medal awarded for promoting the culture and tradition of Małopolska through fashion. Winner of the Luxury Brand of the Year 2017
statuette (Warsaw), winner of the Person of the Year 2018 statuette during the Personality and Success Gala (Łochów). Winner of the award in the „Personality” category awarded by the Coalition of Marek Ziemia Górskich (Żywiec). June 2018, she received a special award „Golden Boat” awarded at the Academy of Fine Arts in Łódź. The winner of the Folk & Design Nigft statuette (Krakow) On March 30, 2019, she received the „Success of the Year” statuette for the „Gold” collection, which she
showed during the prestigious Amber Look gala in Gdańsk.In 2018, her ecological stole design with folk embroidery was presented as a wedding gift to the future Duchess of Great Britain, Meghan Markle.

On November 16, 2019, from the castle in Janów Podlaski, she received the statuette for The Creator of the Polish Luxury Goods Market 2019. During the 40th anniversary of the Polish Ecological Club, she was nominated by the International Institute of Ecological Policy and Strategy Foundation for Project Leader in the field of fashion and modeling. Chosen by the Polish Agency for Enterprise Development from the Go To Brand program to be apart of the largest fair in the world in Dubai Expo 2020.